What I’ve learned my first year of crochet is that the crochet world is always evolving and I don’t think I’ll ever know everything there is to know.

Crochet has become a true passion of mine, as you know, and has completely transformed my life. I have learned some incredible things over this past year learning something new every day is one of the things I love most about it. If you’ve read my story, you’ll know that learning is something I live for. I LOVE learning new things and throughout my life my goal is to be able to fill my brain with as much knowledge as possible! Crochet is a never ending pit of new stitches and techniques to learn. It’s like we were made for each other!

Okay, enough with my obsession over the craft. Here are some things I’ve learned my first year of crochet and I would love it if you could share some things you’ve learned throughout your crochet journey as well!

What I’ve Learned My First Year of Crochet

1. The World of Crochet in General

Did you know I didn’t even know crochet was a thing a year and a half ago? In 2016, around Christmas time, I didn’t have much money to dish out for gifts so I thought I would start making some myself. After all, I’ve always been the artsy type. I didn’t have a hobby at that point though so I drove myself to the craft store and came across an aisle of crochet hooks. Not knowing what they were, I grabbed them anyway along with a crochet book and some yarn and the rest was history.

After realizing how popular it was, I couldn’t believe I had never heard of it. When I found out there were people who actually designed crochet patterns for a living, I thought, That would be the best job ever.

How did you learn about crochet? 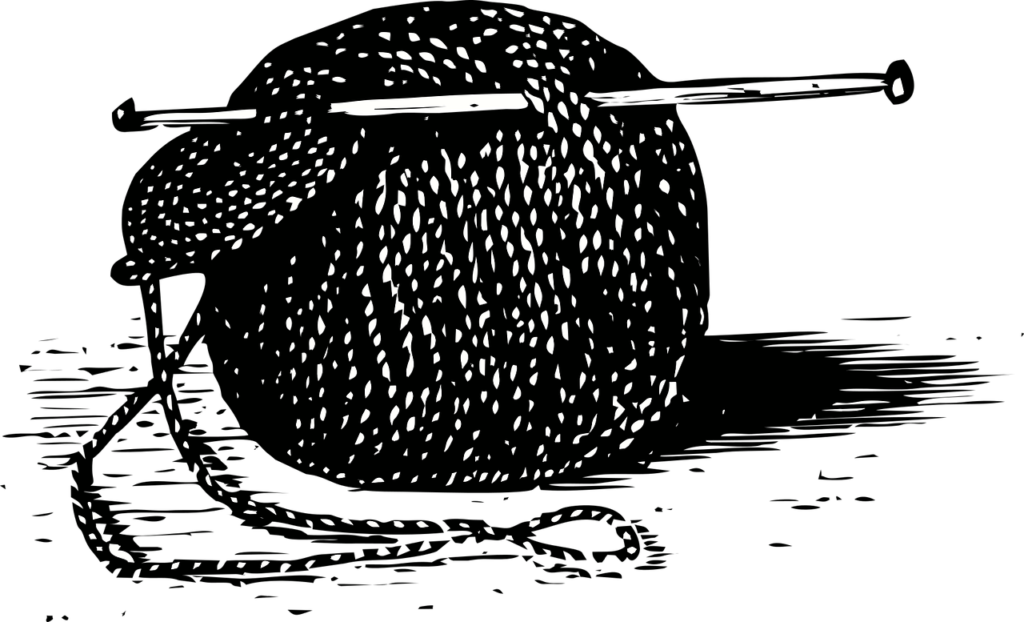 2. Crochet is my One Passion

I have always been an artsy person. I love to paint, draw, take and edit photos, and pretty much any other craft related hobby. However, I never found the craft that I could bring my personality into and create something of my own. For instance, I LOVE drawing, but what I like to do is look at a photo (usually a Disney cartoon) and I draw it until its perfect. I completely freehand my drawings so technically it’s my work, but because I’m drawing well-known cartoons, they’re not MY creations. I wanted to find something that really spoke to me and made me feel like I could express myself through MY OWN designs.

Then crochet came along and I was instantly hooked (pun intended 😉 I started to think about designing only a couple months in because I felt the need to create something entirely made by me. How would it feel to be able to think of an idea and then make it come to life as a physical object? Amazing. The first time I designed something of my own, I could have cried I was so proud of myself.

3. Anyone can Design. You just have to have a Vision.

When I first started to crochet, I thought all crochet designers were completely professionals and had some sort of training under their belt to get there. I was so jealous. What I didn’t realize was all it took was a little experience. I wanted to design something myself but I never thought I would be able to. It was frustrating. Then one day, my son was watching Trolls (back then we watched it every day, maybe even twice a day. He was obsessed) and I had a lightbulb moment. I was looking at Branch’s outfit and it came to me. “I know the perfect stitch that could make his vest!” And I just went for it.

I could go on and on about tips on learning to design your own projects. Let me know if that’s something you’re interested in!

4. Crochet is WAY Easier than Knitting

As much as I love the look of knitting, I cannot do it! I learned back when I was 14 and I don’t remember it being too difficult, but I didn’t keep up with it. I thought it would be easy to pick back up. Ha! Boy, was I wrong! Since then, I’ve tried multiple times and I’ve come to the conclusion that knitting is for magical people and because I never got my acceptance letter from Hogwarts (sad face), I’m never going to be able to knit again. HOWEVER, I will not give up! I’m going to try again sometime in the future and we shall see how that goes.

To me, crochet is easier than knitting because you only have to worry about one stitch at a time and it’s extremely easy to go back and correct a mistake. As for knitting, if you drop the loops off your needle you’re screwed! I honestly don’t know if there’s a fix for that, but I can tell you that I haven’t stuck with it long enough to figure it out!

I’m not sure if you’ve heard, but for some people crocheting in the car can make you feel car sick. When I first heard this I thought there was no way that was true and with the many road trips we take, I was excited to be able to crochet in the car. The next time we decided to visit my mom, who lives 5 hours away, my husband said he would drive and I thought it would be the perfect opportunity to finish one of my crochet projects! Yeah, no. That was the worst decision.

I crocheted for about five minutes and immediately started feeling crazy nauseous. I came so close to telling my husband to pull over just so I could throw up. The worst part was that even though I stopped crocheting the moment I started feeling sick, it lasted the ENTIRE 5-HOUR RIDE! And that’s coming from someone who has never been car sick or affected by motion sickness. The same effects may not happen to you, but I’ll tell you what, I’m never trying that again!

Have you ever crocheted while in the car? What was your experience? 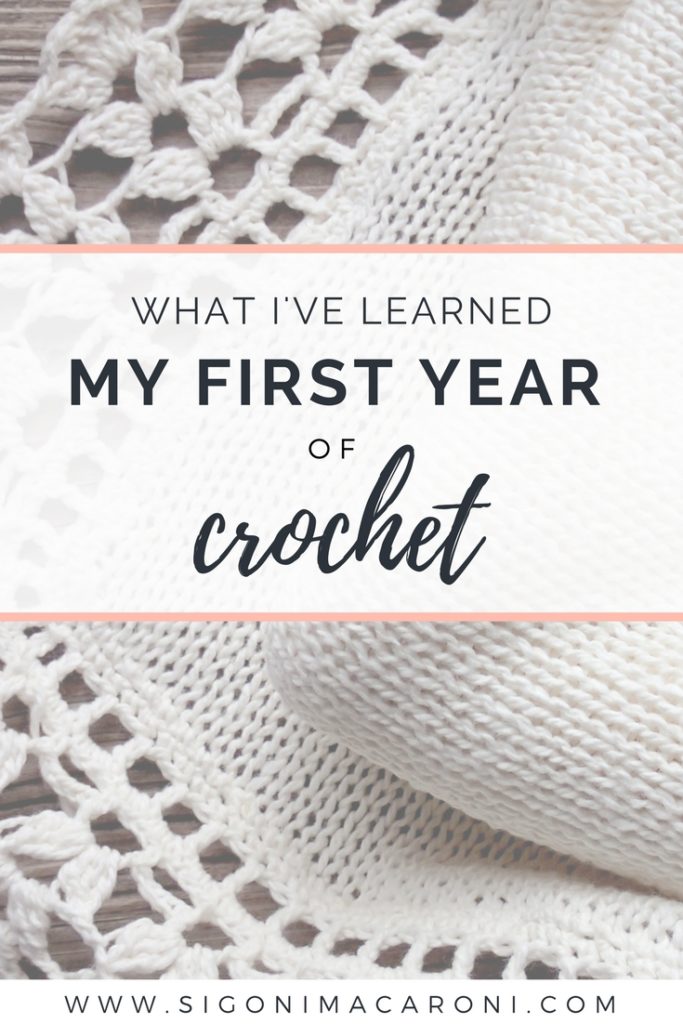 6. Clover Hooks are Worth the Price

When I first started to crochet I, like most people, bought an entire beginners kit that came with crochet hooks, stitch markers, yarn needles, etc. These hooks were great to learn with and I still use some of them today. A few months later though, my most used hooks started falling apart. I’ve literally gorilla glued at least 3 of them. So I started looking into some better hooks. I came across Clover Hooks and was taken aback by the price of the set so I decided to just buy one to test it out.

I cannot express how much of a difference it makes. These hooks are amazing. If you ask my husband what my reaction was when I used one for the first time, he’ll tell you my jaw dropped and that I couldn’t stop talking about how smooth my stitches were for the next hour. They are definitely worth it. If you’re turned off by the price too I suggest buying one or two in your most used hook sizes. For me that’s 4.5mm, H/5mm, I/5.5mm, and J/6mm.

Have you tried Clover hooks? What are your thoughts on them?? If you haven’t, which types of hooks do you prefer? 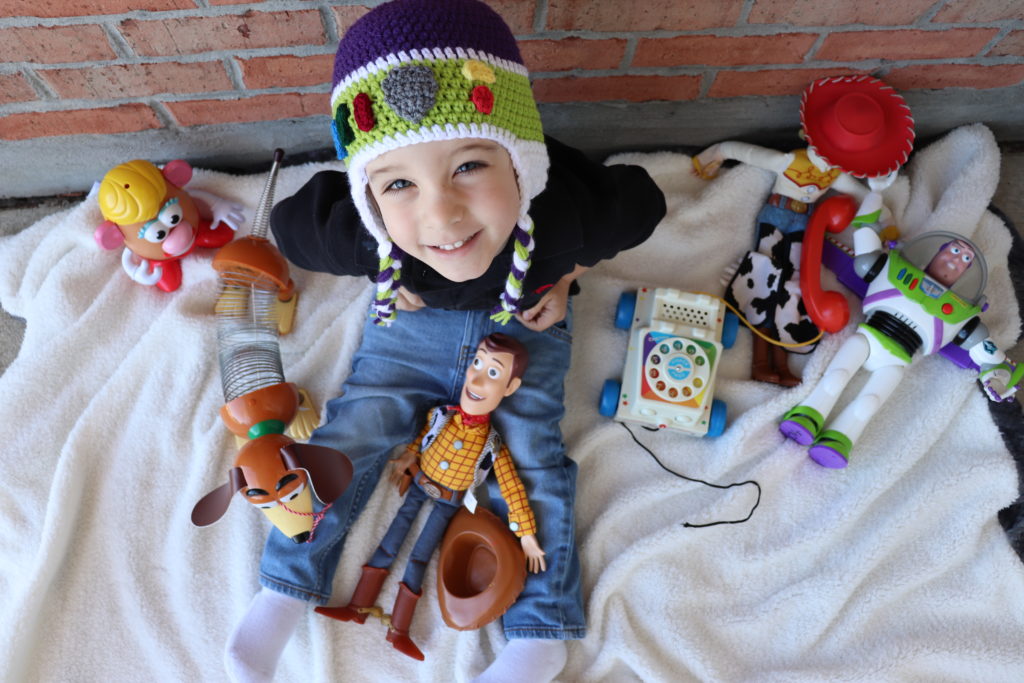 7. Selling Physical Items on Etsy is not my thing

When I first learned to crochet, the first thought I had was, “Oh! I can make money selling the things I make!” Which is a thought a lot of people have. I’ve “met” so many makers over on Instagram and a lot of them sell their items and I have no idea how they do it.

First, I could never decide on a select few things I wanted to make and sell and when I thought I did, I would get bored of making the same thing! Then there’s calculating costs, shipping, weighing, packaging, etc. I’m not saying having your own shop isn’t a great idea because it is if you’re someone who understands and enjoys doing all that. It just wasn’t for me. That’s why I started designing. That way I can enjoy crocheting new things without having to crochet the same things!

Do you crochet as a hobby or for business?

8. The Crochet Community is filled with Amazing, Supportive People

When you take a good hard look at the world as a whole today, you don’t see very many good things going on. Not only is there more violence, but there are so many judgmental people who look at others as competition instead of a community. Then you take a look at the crochet community, or really just the handmade community in general, especially over on Instagram. There are so many amazing fiber artists over there sharing their beautiful works of art and I have never heard or seen anyone say anything negative on someone else’s account. Instagram is where I hang out the most and that’s where I see the biggest community of crocheters. Everyone is so supportive and connected to one another. I think it’s amazing and I wish the entire world reflected on the crochet community.

I’ve talked about this a lot in my beginner tutorials because it’s true. There is no wrong way. When I first started designing I was terrified that I wouldn’t be able to do it because I didn’t know the “right way”. That’s when I realized the whole point of designing was to be yourself and create what YOU want to create. Yes, there are stitches to learn and steps to follow, but everything after that is how you want to make it. Have you heard of yarn bombing? This is the perfect example of doing something your own way. Be yourself and let crochet draw that out. 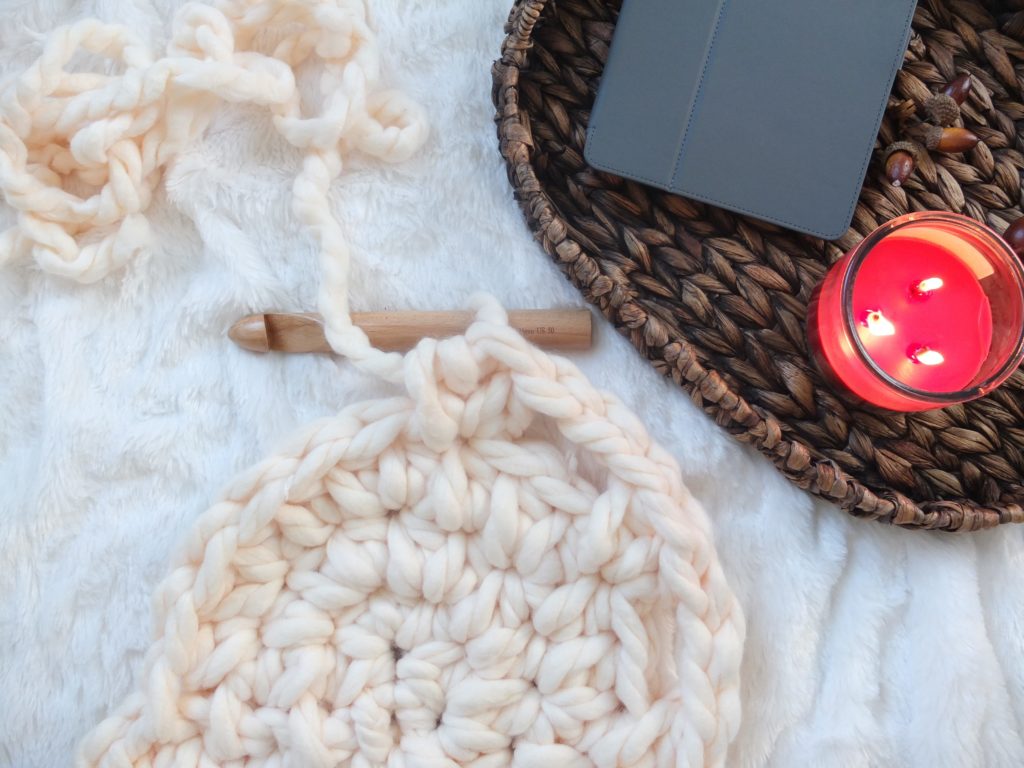 I honestly can’t believe I’ve only been crocheting for a little over a year. I am so proud of myself for coming so far and I couldn’t be happier with where I’m at. However, like I said previously, when it comes to crochet you will never know everything. That’s one of the main reasons why I love it so much! You learn something new every day. I can’t wait to see what I learn this year after realizing all of what I’ve learned my first year of crochet!

How long have you been crocheting? What are some of your favorite things about crochet? 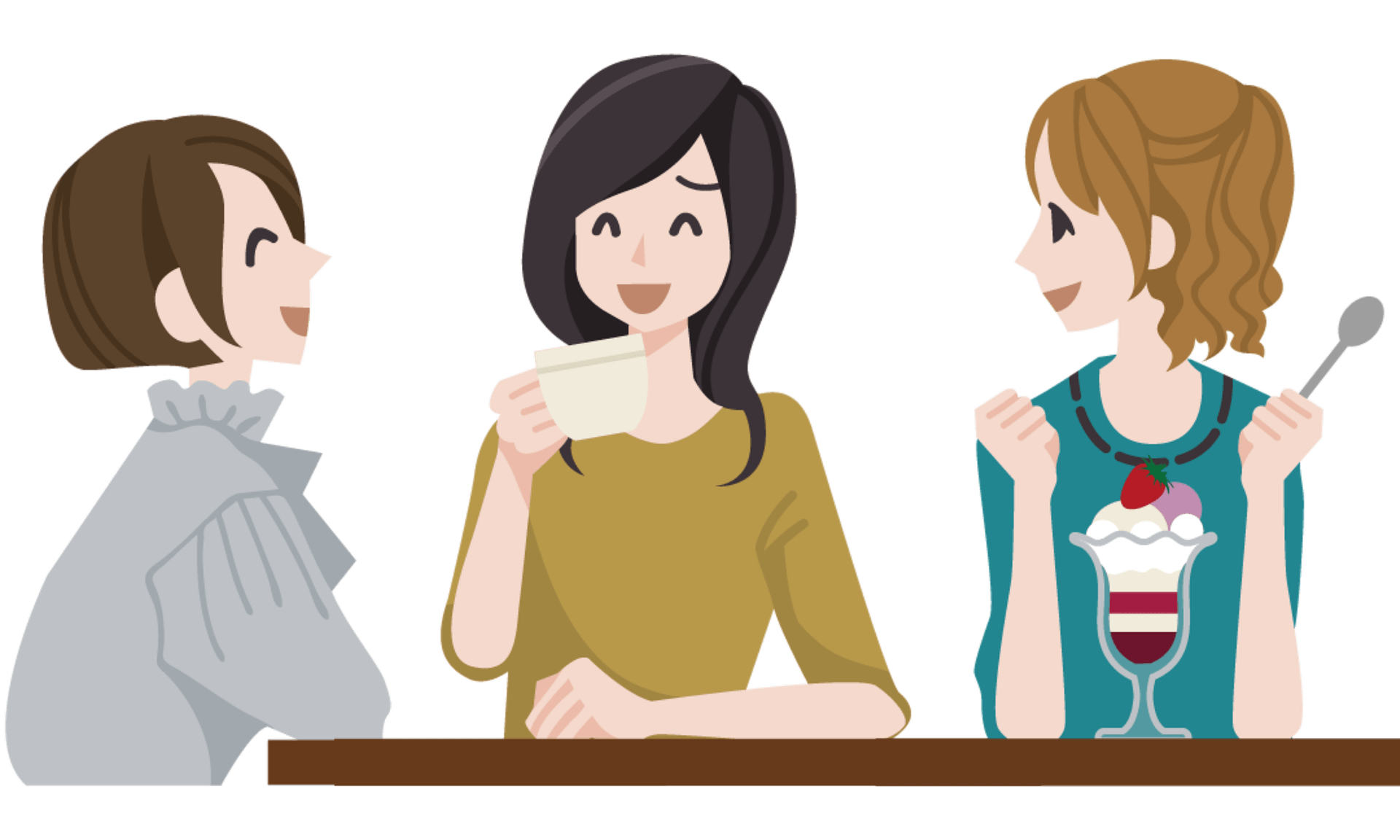 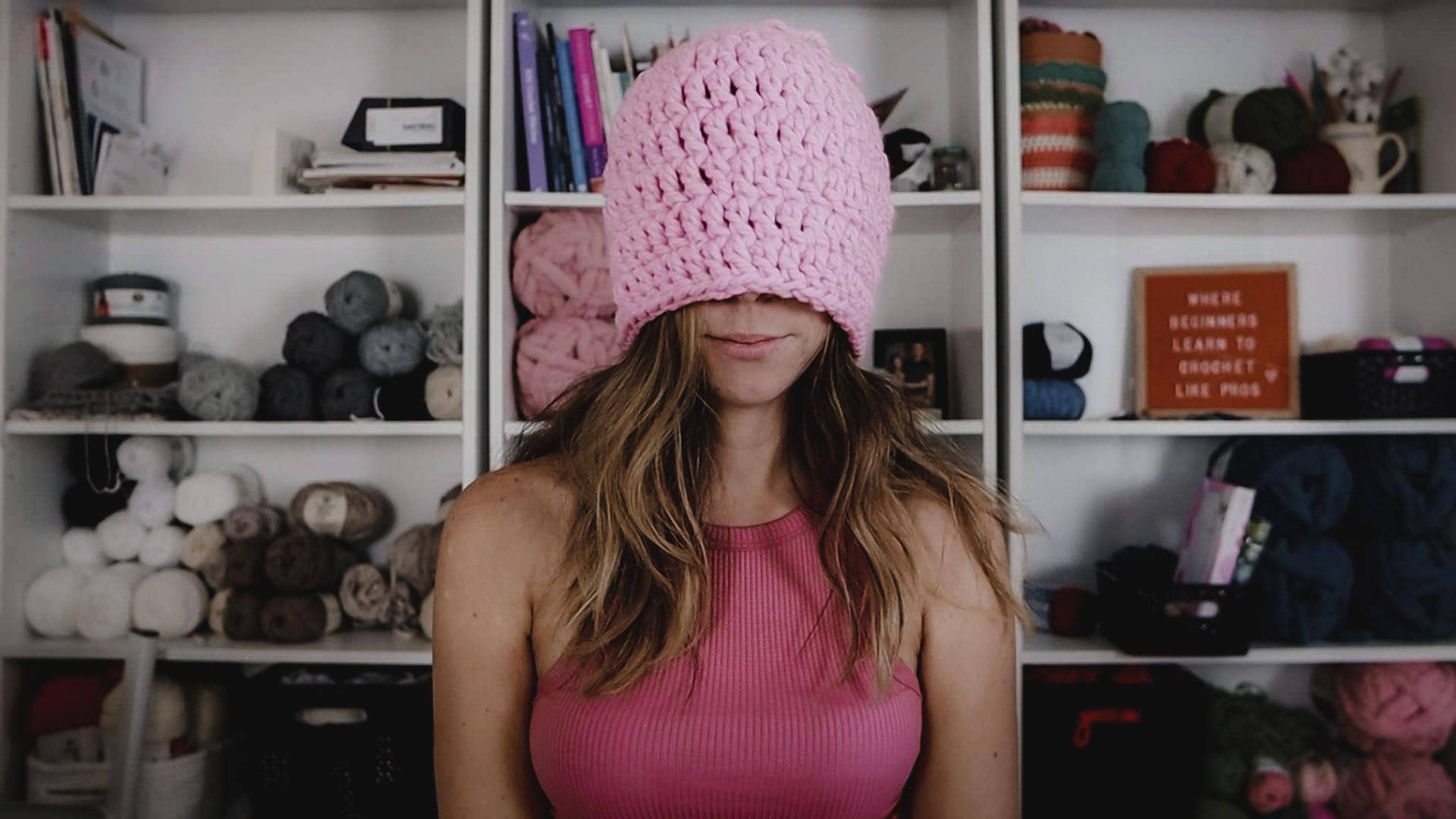 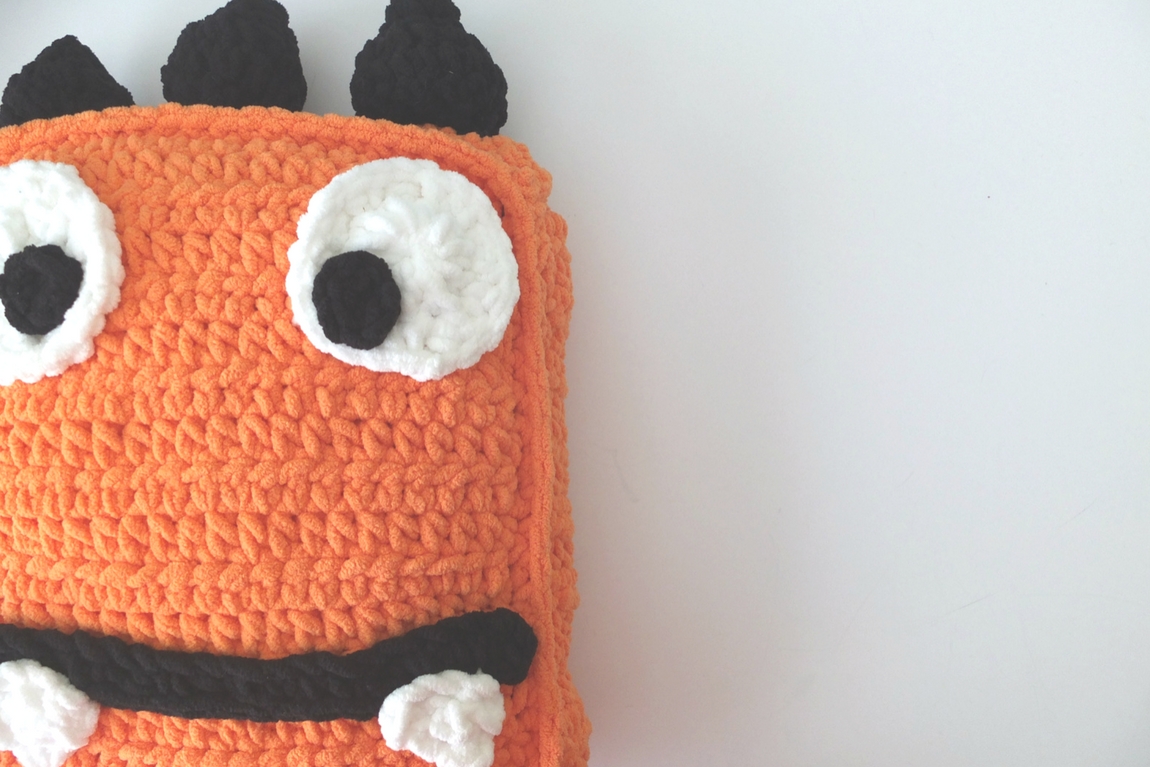 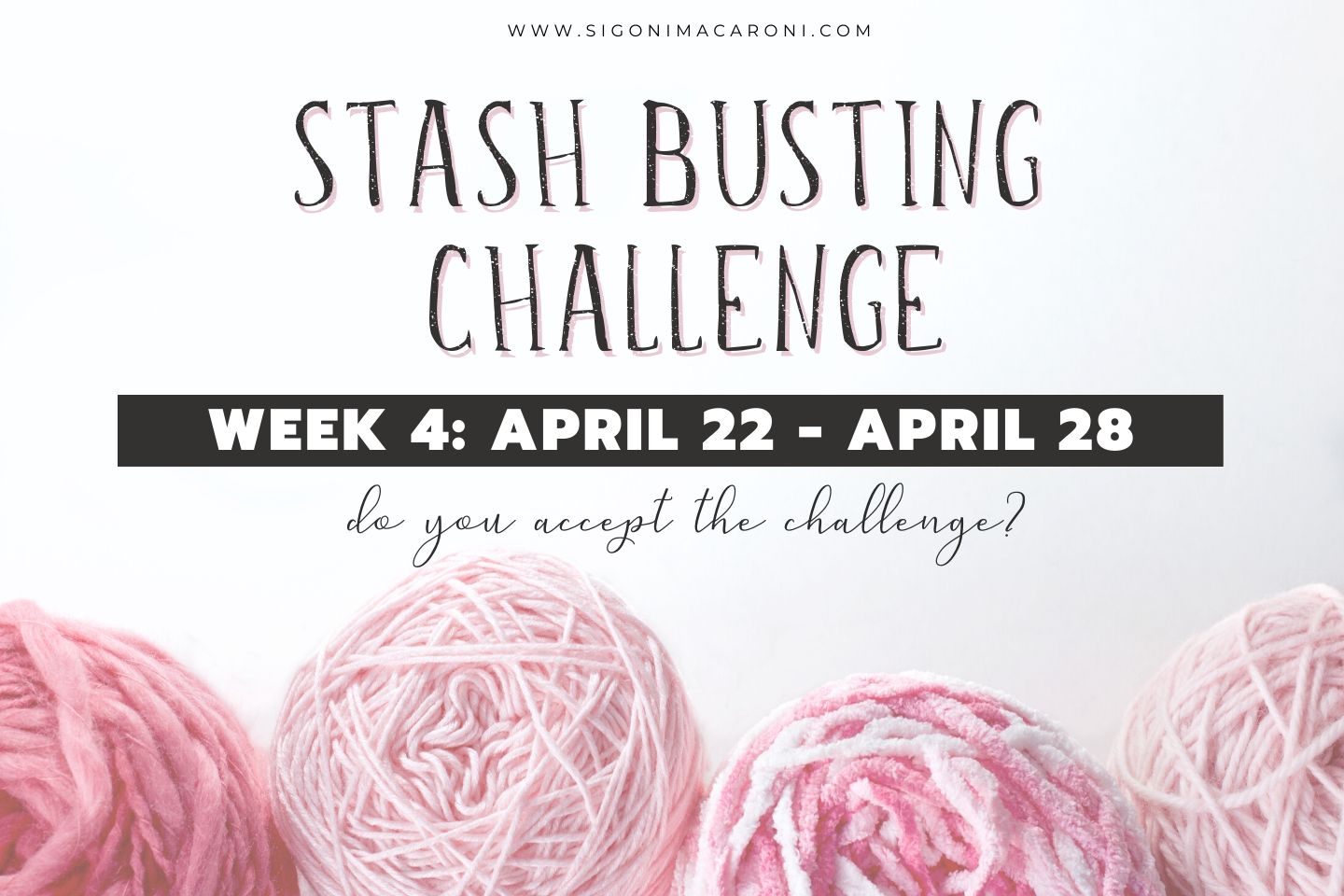 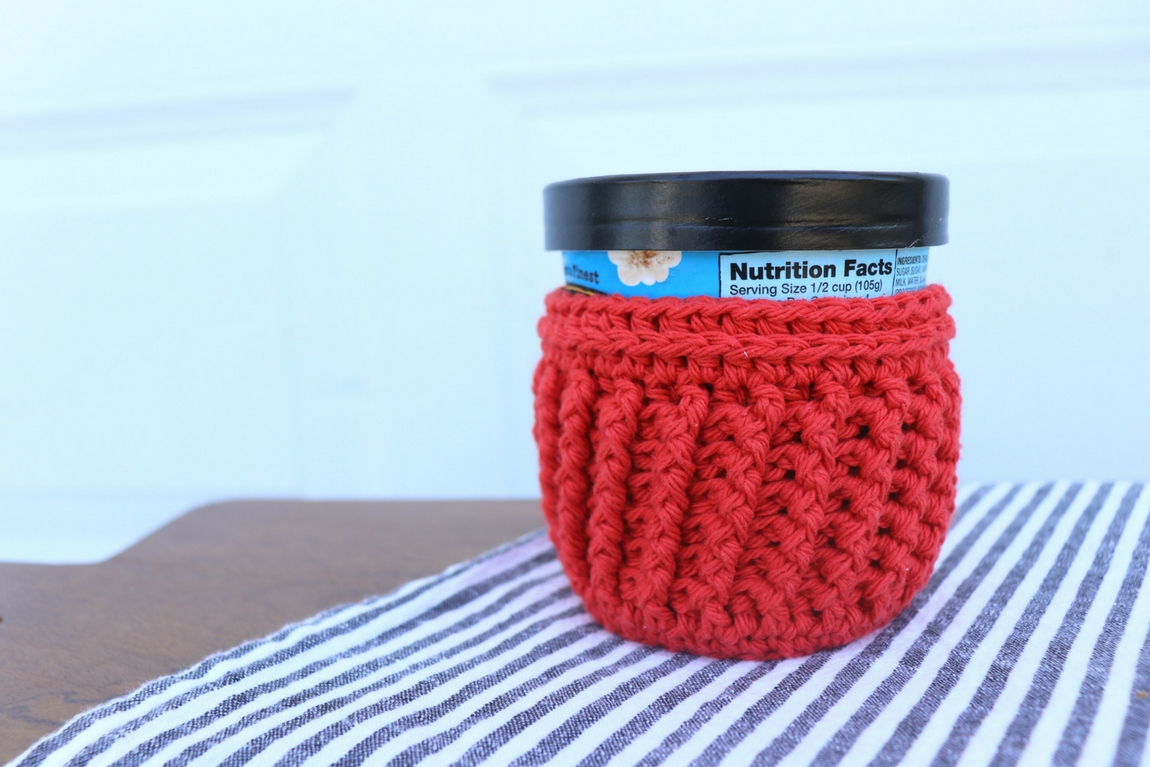 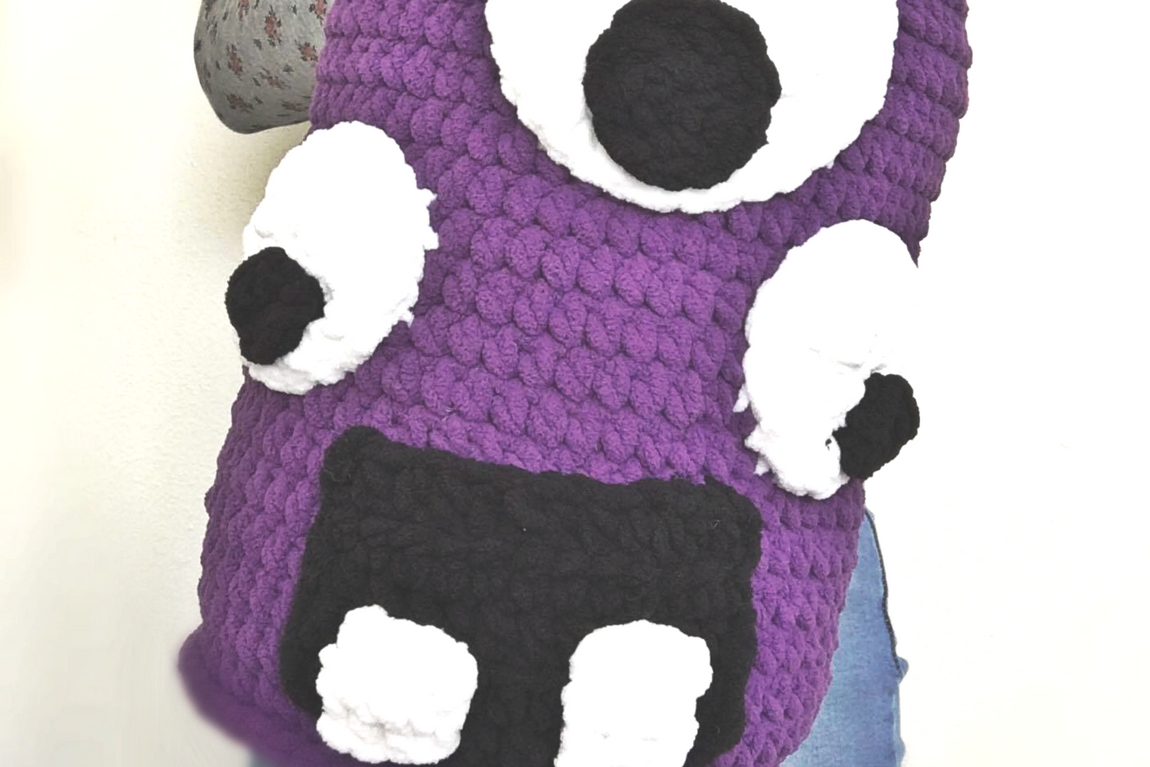 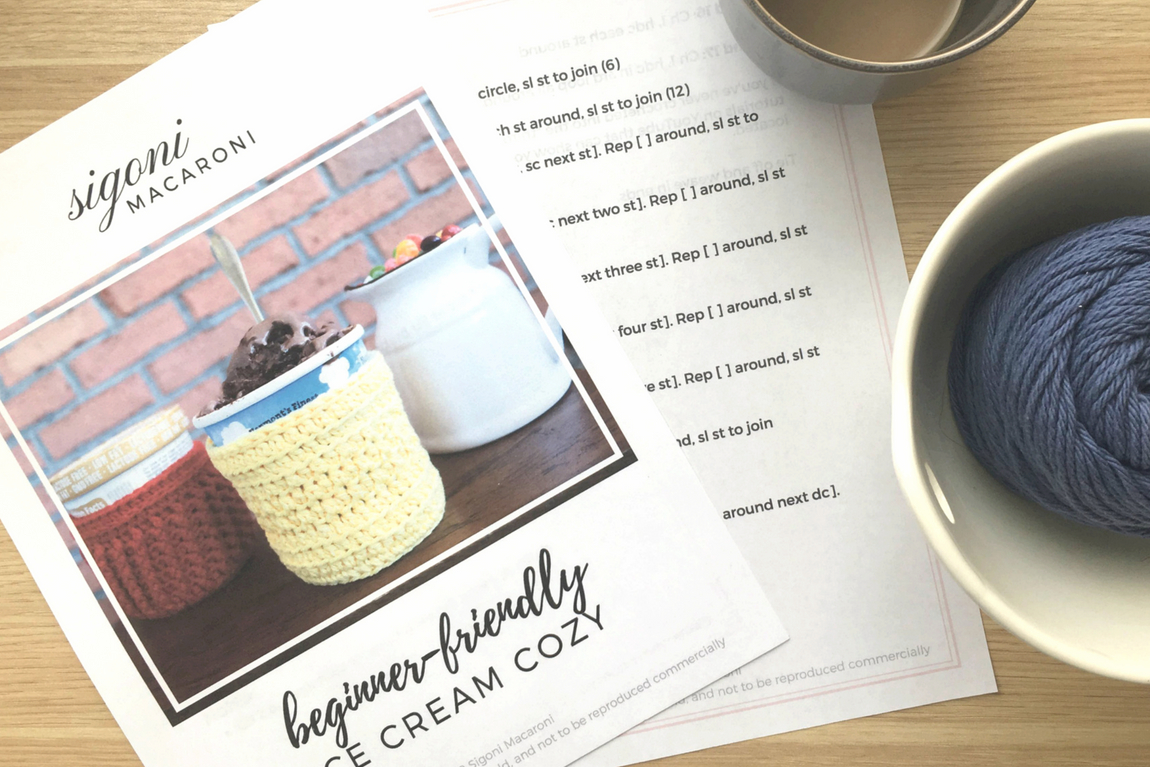 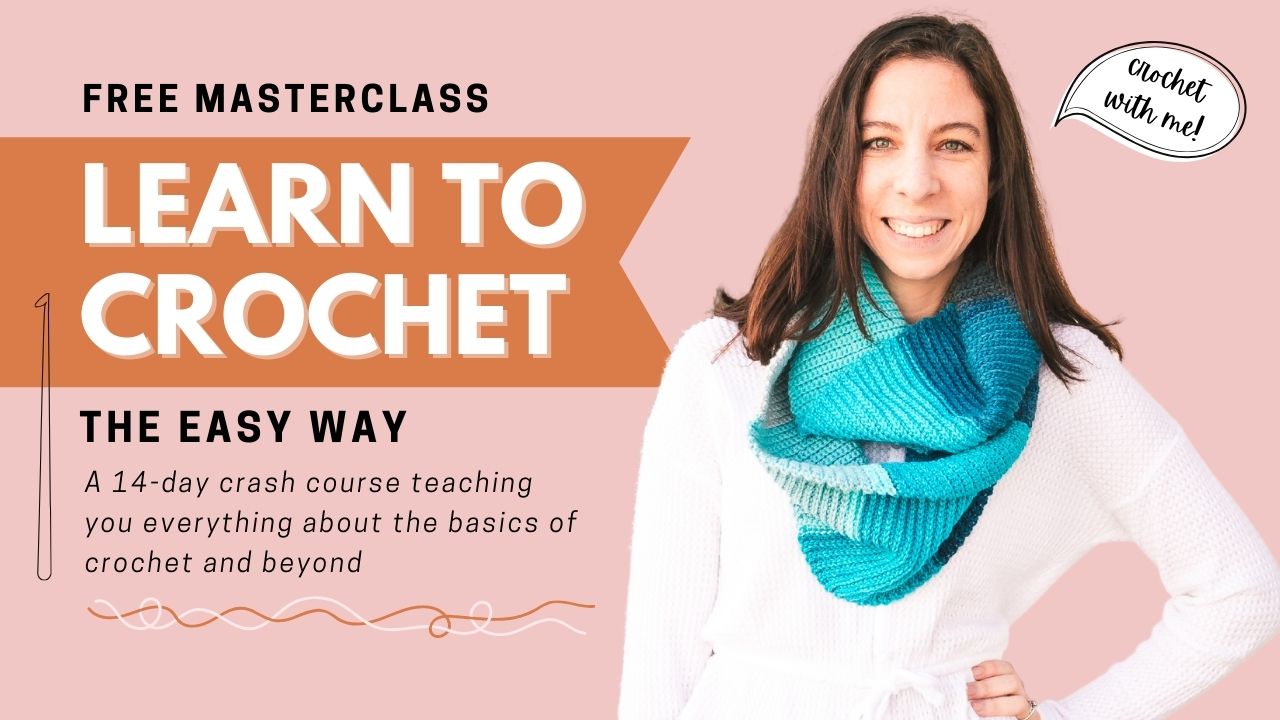 Learn to Crochet in 7 DAYS!

This is a FREE step-by-step email guide teaching you the basics of crochet and beyond!

Lesson 1 will arrive in your inbox shortly. If you don't see it, remember to check your spam folder. 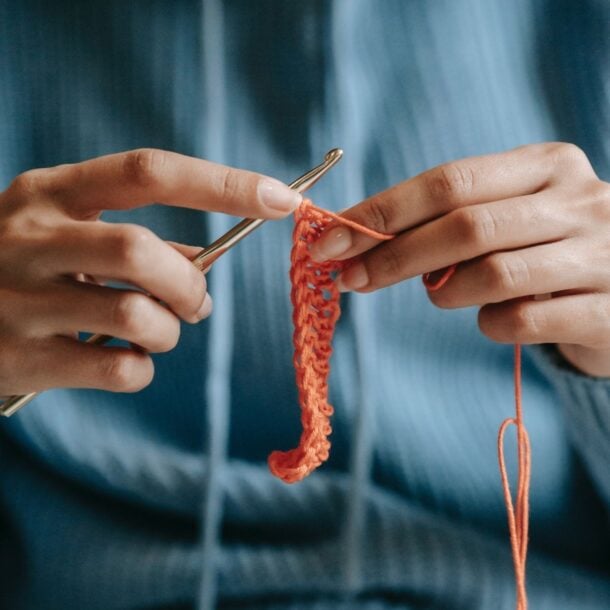 UP FOR A CHALLENGE?

Join over 7,000 beginners in learning how to crochet the basics and beyond, ABSOLUTELY FREE!

Your are officially challenged! Lesson 1 will arrive in your email shortly (don't forget to check spam!)

16
We use cookies to ensure that we give you the best experience on our website. If you continue to use this site we will assume that you are happy with it.OkPrivacy policy